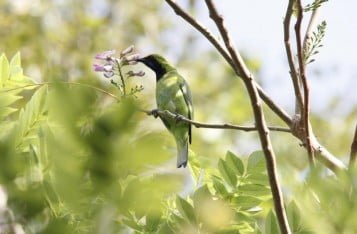 Silent Valley National Park is located in the Nilgiri Hills, Palakkad District in Kerala, South India. The area in this national park had been historically explored in 1847 by the botanist Robert Wight.

The park is one of the last undisturbed tracts of South Western Ghats mountain rain forests and tropical moist evergreen forest in India. Contiguous with the proposed Karimpuzha National Park to the north and Mukurthi National Park (78.46 km²) to the north-east, it is the core of the Nilgiri International Biosphere Reserve and is part of the Western Ghats World Heritage Site, Nilgiri sub-cluster has been declared a world heritage site by UNESCO.

Plans for a hydroelectric project that threatened the parks high diversity of wildlife stimulated an environmentalist Social Movement in the 1970s called Save Silent Valley which resulted in the cancellation of the project and creation of the park in 1980. The visitors’ center for the park is at Sairandhri.